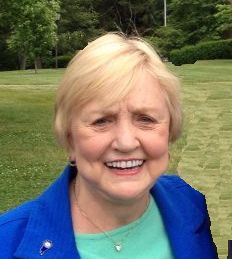 Shirley Wiseman, a real estate broker, appraiser, builder and developer in Lexington and member of Kentucky REALTORS® (KYR), was appointed by Governor Bevin as a Commissioner with the Kentucky Real Estate Commission (KREC). Her term runs through June 15, 2020.

She was named Builder of the Year in 1978 at the local level and in 1980 was awarded the same honor at the state level. Wiseman was named to the Kentucky Housing Hall of Fame in 2000 and the National Association of Home Builders Hall of Fame in 1995.

Ms. Wiseman served the U.S. Department of Housing and Urban Development (HUD) as the Assistant Secretary for Housing. She is also a past member of the Rural Housing Preservation National Task Force, the Federal National Mortgage Association Advisory Council and the National Wetland Policy Task Force.

“I am honored to serve the real estate community of home owners, buyers and sellers as well as the thousands of real estate professionals across the state,” stated Ms. Wiseman. “I am ready to do what I can to make the real estate environment the best it can be for citizens of the Commonwealth.”

Ms. Wiseman was a charter designee of the American Association of Certified Appraisers, served as an advisor to the Urban League and is a member of the Order of Eastern Star. She held numerous positions with the Small Business Administration, was founder of Lexington Housing for the Handicapped and is a Kentucky Colonel.

“KREC is getting someone with a tremendous background in real estate and a vast amount of experience in the building industry,” stated Mike Becker, president of Kentucky REALTORS®. “Ms. Wiseman will bring the Commission unmatched knowledge in many areas of the business that will be a source of support for consumers across the state.”

As an agency of the Commonwealth of Kentucky, the Kentucky Real Estate Commission is empowered to regulate state licensing and education of real estate brokers and sales associates and to safeguard and protect the public interest. The Commission strives to elevate the real estate industry to the highest standards possible through communication, education and the latest technology.

KYR, the voice for real estate in Kentucky, is one of the largest and most influential associations in Kentucky. Founded in 1922, KYR represents more than 10,400 REALTORS® who are involved in all aspects of real estate, including residential and commercial real estate brokers, sales agents, developers, builders, property managers, office managers, appraisers and auctioneers.